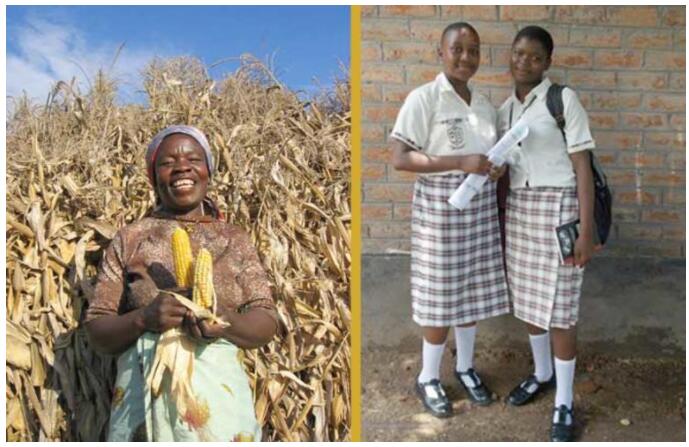 Malawi has had a multi-party system since the mid-1990s. The country became independent from Britain in 1964. It was only at that time that the work for human rights, especially for women and children, really began. There is little doubt that society – and the legislation with it – is changing. Malawi’s new Gender Equality Act was passed in 2012, and education for girls is strongly emphasized in the new education plan. However, there may be differences in regulations and practices, both due to political will and available capacity. The need and potential for change – and for action – is still great.

One of the changes being discussed these days is a proposal to set the minimum age for entering into marriage up to 18 years. About half of Malawian 18-year-olds are already married, and one in three girls who are now in their early twenties had their first child before the age of 18. Early marriage and early childbirth make it difficult – sometimes impossible – to complete formal education.

Twice as many men as women follow the media, and only half of Malawian women have read newspaper or magazine articles, listened to the radio or watched television in the past year. Hardly one in four internet users are women. In other words, women have less access to information even through less formal channels. This can have major consequences – for example, fewer women than men know how HIV infection can be prevented. This in turn may help to explain that the proportion of men (of all men) who are infected with HIV falls, while the proportion of women remains at about the same level.

The second phase of Malawi’s development strategy, which lasts until 2016, underlines the importance of gender equality – also to achieve other development goals . More equality perhaps requires most of all that women gain knowledge of the rights they actually have, and that these rights are complied with, promoted and protected. Both men and women must know the ownership of these rights for lasting change to take place.

Every quarter, the NPD invites Norwegian aid organizations to apply for next year’s NPD campaign. A council forwards approved applications to the NPD board, which then selects 2-3 projects that all students can then vote on. Finally, 500 school representatives come together at the Student Parliament (part of the Student Organization), which in turn selects a project. A project must meet a number of criteria, such as supporting 1) young people in Africa, Asia or Latin America, 2) promoting education and 3) including vulnerable groups.

NPD 2014: work for the education of women

The funds raised through Operation Dagsverk 2014 will contribute to girls in Malawi becoming more independent and able to shape their own lives to a greater extent.
Girls who receive education and their own income often become important role models for other girls. It is crucial that the rest of society – including parents, teachers and local authorities – views education for girls positively. More girls with education, who earn their own income and promote their own rights, wishes and demands, can again have a positive effect on this development.

With this year’s project, Operation Dagsverk will contribute to the work of giving Malawian girls better access to education. This process also includes Malawian governments – and organizations, individuals and initiatives both in and outside Malawi, as a country located in Africa according to topmbadirectory.com. Norway is cooperating with several countries – among them Malawi – to focus specifically on education for girls.

Collaborating partner for the NPD 2014: The Development Fund

The project “My life, my choices” will give girls in Ethiopia and Malawi increased independence and power over their own lives. There are several different components that must be in place if this is to succeed:
Saman wants the NPD and the Development Fund:

The project will reach at least 34,000 young people in Ethiopia and Malawi. Two-thirds will be girls – they have the greatest need. But we believe that the boys also tend to live in a more equal and just society.