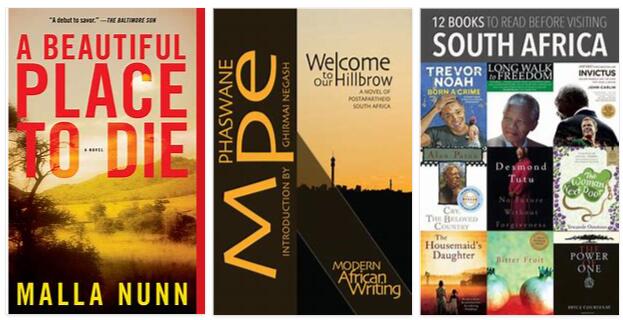 In 1883 O. Schreiner (1855-1920) published The story of an African farm, interesting not only for the narrative technique but also for the characters, especially the female ones, who populate the story of a love and life on a South African farm. His later novels are also full of insights and reflections on inequalities based on sex, class or race. Another talented writer is SG Millin (1888-1968): in her novels (God’s step-children, 1924) the dispossessed, the poor whites, the mestizos, in a society dominated by money, acquire a particular authenticity thanks to the quality in dialogue; P. Smith (1882-1959), in The little Karoo (1925) and The beadle (1926), focuses on the life of a rural community and, even if some aspects of his narrative have been taken as a pretext to justify the oppression of blacks by the Africaaners, he represents one of the rare voices of dissent on the anti-Boero attitude of the English; W. Plomer (1903-1973), prolific storyteller and poet, is the initiator of the protest novel with Turbott Wolfe (1926). A distinguished representative of liberal humanism is A. Paton (1903-1988), narrator and poet, who, in Cry, the beloved country (1948), permeated by his experience as a reformatory director, gives a prime example of that combination of denunciation of the injustices and the appeal to human brotherhood that characterizes his entire work; D. Jacobson (b. 1929), The trap (1955) and in Confession of Josef Baisz (1977), critically highlights the moral decay of whites and their work of social disintegration. Writing in a fragmented society constitutes the profound structure of most of the works of NG Gordimer (b. 1923), after the realization of the failure of liberal humanism. In novels and short stories (Face to face, 1949; The lying days, 1953; A world of strangers, 1958; Occasion for loving, 1963; The late bourgeois world, 1966; A guest of honor, 1970; Burger’s daughter, 1979; The soldier’s embrace, 1982; A sport of nature, 1987) has repeatedly highlighted the limits placed on the writer by a deeply and deliberately compartmentalized society, by a system of rigid social divisions, maintained and regulated by a regime of racial segregation. His narrative clearly draws the parable which, starting from a moderate position, arrives at an increasingly corrosive critique of liberal and colonial values. Even novels (Duskland, 1974; In the heart of the country, 1977; Waiting for the Barbarians, 1980; Foe, 1986) by JM Coetzee (b.1940) are pervaded by an acute sense of the complex and difficult position of the white writer, forced to operate in a situation in which elements of colonialism, postcolonialism and neocolonialism coexist, and in which the denunciation of oppression is never entirely exempt from the risk of complicity with the oppressor. Among the white novelists we also mention A. Brink (b. 1935), with States of emergency (1988). The first novels of black writers are An African tragedy (1928) by RRR Dhlomo (1901-1971) and Mhudi (1930) by S. Plaatje, published thirteen years after its writing and considered today a classic. With good reason, the author stated in the preface: “South African literature has hitherto been almost exclusively European”. P. Abrahams also belongs to the first generation of black novelists who, in Song of the city (1945), Mine boy (1946) and in the autobiography Tell freedom (1954), anticipates themes of black consciousness. A wreath for Udomo (1956), set in an imaginary state, ” Panafrica ”, has as its theme the growth of a nationalist movement until the achievement of independence, and highlights the problems and risks of postcolonialism. For South Africa 2003, please check computerannals.com.

At the end of the 1950s, a distinctly protest literature emerges, moving away from the creative one typical of Drum. In 1963, the introduction of the Publications and entertainment act caused the banning of many writers, regardless of race. Censorship exerts an ever stronger conditioning on the function of literature and is one of the factors of the fragmentation and disintegration that invest an entire generation of writers condemned to re-propose in an almost obsessive way, albeit with a variety of approaches and angles, the problems of racial discrimination. Crucial issues such as those of human rights, exile, life in urban ghettos, tribalism, are treated with great depth by authors such as Mphahlele in Down Second Avenue (1959), The wanderers (1973), Chirundu (1979), Africa my music (1985); R. Rive (1931-1989) in Emergency (1964); A. La Guma (1925-1985), who, in A walk in the night (1962), And a threefold cord (1964), The stone country (1967), Time of the butcherbird (1979), talks about the personal experiences of prison, its activism and the brutality of the oppressors, while In the fog of the seanson’s end (1972) contrasts the prisoner’s awareness of his own vulnerability with the profound sense of injustice that drives him to revolt, in terms that transcend individual destiny and transform the inevitable end into a tribute to the great current of the movement of liberation. The periodicals The New African, The Classic, New Coin highlight writers such as D. Boetie, author of Familiarity is the kingdom of the lost (1969), published three years after his death and reprinted several times. One of the most beautiful events novels of 1976 is Amandla (1980), by M. Tlali (b.1930), which also surpasses A ride in the whirlwind and Children of Soweto by Mzamane. B. Head (1937-1986) is the most talented author who, in When the rain clouds gather (1969), based on her experience as a refugee, in Maru (1971) and in her intense autobiography, A question of power (1973), in the short stories, in A woman alone and Tales of tenderness and power (published in 1990), transcends the exhausted paradigms of racial conflict and orients the dynamics of alienation and commitment towards an exploration of the mind and towards possibility of integration between the personal and social dimensions of existence. Packed with original insights into South African social reality are Daughters of the Twilight (1986) by F. Karodia, and Hajji Musa and the Hindu fire-walker (1988) by A. Essop (b.1931).