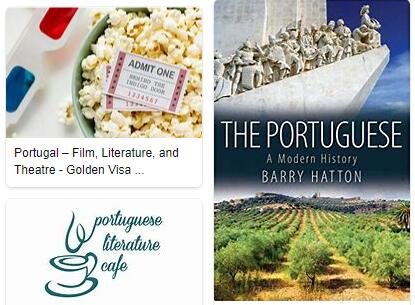 The early nineteenth century is marked by a series of works that lead to romanticism: Leonor de Almeida, Marquise of Alorna (1750-1839) translates Ossian, Herder and Lamartine. Romanticism proper covers a good forty years, roughly from 1825 to 1865. With Almeida-Garrett (1799-1854) we are already dealing with a poetic and cultural personality of the first rank: his figure as a fighter for freedom, as an exile, then as a politician, is confused for contemporaries with his creative work, but posterity they knew how to make the right distinctions. Camões was the protagonist of one of his most ambitious poems, but today he is more interested in the melodic and sentimental quality of his verses and above all for his plays where reflection gives Lusitanian history the liveliness and concreteness of contemporary reality. The second great name of Romanticism is Alexandre Herculano (1810-77) who, from his youthful verses, linked to the Victorian model, he moved on to an important narrative production but in which his true vocation as an essayist and philosopher of history is felt at every step. Herculano dedicated very large works to the reconstruction of national events and the constitution of the corpus of literary documents, but his masterpiece is the Historia da origem e estabelecimento da Inquisição em Portugal, where libertarian yearning and logical exactness merge in a wonderful mixture of thought and language. In Herculano we can observe the transition from romantic liberalism to positivist radicalism, through the maturing of a conception of the world that leaves more and more space for reality. This transition from pathos to realism becomes the labor of art and even uncertainty of poetics in the narrative work of Camilo Castelo Branco (1825-90), to whom we owe dozens of texts from the great Portuguese romantic repertoire; among these, particularly marked by fortune was Amor de perdição. António Feliciano de Castilho(1800-75) belongs to the same period, and had a very wide fame, a conservative spirit who froze and compressed in his linguistic knowledge all the yearnings of romanticism, to which he was not personally insensitive (Noite no Castelo, Cartas de Echo a Narciso) but which he wanted to reduce to formulas of neoclassical elegance, often pedantic.

Nothing is further from the work of Castilho from the next generation of realists, who manifested themselves shortly after the 1960s, in the papers and in the goliardic debates, especially in Coimbra, and replaced the names of Hugo, Musset etc. the new idols, Taine and Renan, Baudelaire and Flaubert. The realism Portuguese, while anticipated between sweetness and sentimental languor from Júlio Dinis (1839-71) in its narrative writings, including the very popular As pupilas do senhor Reitor, it is a very particular realism, because the taste for the human document always accompanies the vigilance of style, which covers the crudest realities with severe modesty. At the origins of realism is the poetry of Antero de Quental (1842-91), one of the greatest Portuguese-speaking poets, singer of the evils of society and of the hopes of justice (Primaveras românticas, Odes modernas) passing from invective to more dry, intense determinations. In M. Guerra Junqueiro (1850-1923) populism and anticlericalism remained essentially rhetorical. The positivistic mens acquires a Comtian breadth and is expressed in political action, in philology and methodology, in the complex work of the champions of democracy, Teófilo Braga (1843-1924) and Oliveira Martins (1845-94), who provided a great variety of themes and problems for later generations. For Ramalho Ortigão (1836-1915) and JV Fialho de Almeida (1857-1911) the controversy for reality is a daily commitment, which from journalism becomes prose of art and the temptation of a novel. But undoubtedly at the height of realistic prose is the slow and sure evolution of Eça de Queiroz (1845-1900) from the formalism of the Prosas bárbaras to the greatness of the novels A relíquia, O crime do padre Amaro, O first Basílio, Os Maias, A cidade and as serras. Lived mainly abroad, Eça gained a privileged distance of gaze there, but this ultimately earned him to truly possess the reality of his country and his time.

Alongside Eça’s prose, as a historical index, the poetry of Antonio Gomes Leal (1848-1921) with which realism gradually becomes symbolism, passing from social commitment to metaphysical concerns. However, the symbolism, the standard bearer of a spiritualistic reaction, could not fully occur until after a brief Parnassian season of purification of formal instruments. Halfway between Parnassianism and symbolism is Eugénio de Castro (1869-1944) who sees a gloomy imperfection in the world, which must be contrasted with the possible perfection of art. The actual symbolism begins with the Baudelairian J. Cesário Verde (1855-86) and above all with Camilo Pessanha (1867-1926), who delivers to his Clepsidra compositions of decadent sensitivity and Verlainian versifying wisdom. The prose writer Venceslau de Morais (1854-1929), who wanted to make an ideal of the exotic, expressed in graceful pages of memories and reflections, where an impressionistic sparkle is not lacking, is placed next to him, due to a more biographical than literary affinity. Meanwhile the theater, after Almeida-Garrett, had had its phases. A tumultuous romantic playwright, in the name of Dumas, is J. Mendes Leal (1818-86), from which the vogue of the dramone in strong colors costume originates. Herculano, Castilho and other authors also contributed to this genre, and sometimes to comedy. The transition from the romantic theater to the naturalist theater is visible in the work of Manuel Pinheiro Chagas (1842-95) who still uses effects, but is committed to a social theme. A breath of Parnassianism appears in the “theater of poetry” by António Lopes de Mendonça (1826-65), Marcelino de Mesquita (1856-1919), Júlio Dantas (1876-1962); but naturalism triumphs not so much in the bourgeois comedies of Eduardo Schwalbach (1860-1946) or in the farces of Gervásio Lobato (1850-95) as in the plays of João da Câmara (1852-1908) and Teixeira Gomes (1860-1941). Other famous storytellers such as Abel Botelho (1856-1917) contributed to the dramaturgy of reality by bringing the ethical-political debate to the scene. Even in the theater Eugénio de Castro initiates symbolism under the influence of Maeterlinck. The masterpiece of the symbolist theater is perhaps D. João ea máscara by António Patrício (1878-1930).