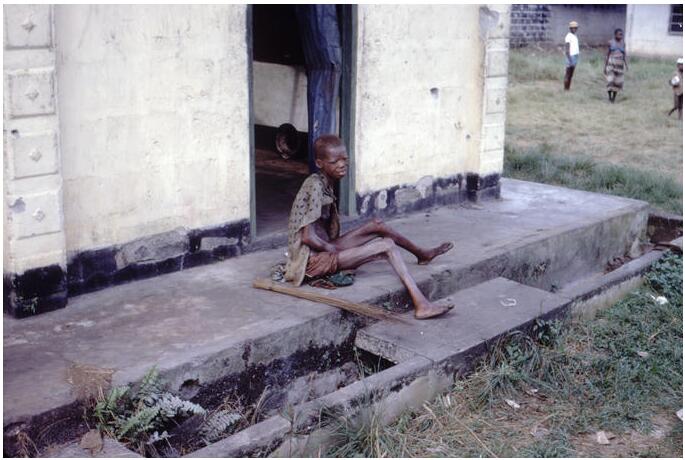 The Nigerian oil industry is a boon to Nigeria’s economy, and a curse to millions of people living near the oil fields.

According to the Department of Petroleum Resources , Nigeria has 159 oil fields and 1481 oil wells. The country has 7,000 kilometers of oil pipelines. This corresponds to the distance between Oslo and Trondheim more than 14 times. The traces, both after today’s and yesterday’s oil extraction, are visible everywhere in the Niger Delta. Old oil installations are abandoned, without the wells being properly plugged and the equipment removed. The oil pipelines that will transport the oil to the markets are in a miserable condition and the leaks are enormous. The stench of oil is ubiquitous and many are very negative about oil extraction.

The oil companies are not alone in their pollution. The delta’s fishermen say that the locals themselves contribute to the environmental problems. Fishermen and farmers who have lost their livelihoods due to pollution steal oil to make a living. These thefts are devastating to the environment, because holes are made in the oil pipelines which thus continue to spew oil into the surroundings long after the oil thieves have run away. There is also enormous destruction when the military demolishes illegal distilleries. In total, the oil that is stolen makes up an estimated one-fifth of the country’s total production. Nevertheless, there is a widespread perception among people in the delta that those who steal oil for local distillation really have no choice, and that it is the politicians who are the real villains who have stolen the oil from the people.

Several thousand single spills have led to oil spills in nature, equivalent to a large oil tanker every year for the past 50 years. The locals are plagued by cancer, asthma, skin diseases and infertility, and are convinced that this is due to oil pollution. British The Guardian last year interviewed an Ogoni king who sat in court in London to follow a lawsuit against British authorities. King Emere Godwin Bebe Okpabi could tell that his people suffered and died of strange diseases. In addition, fertility among young people had fallen dramatically.

The oil kills the fish in rivers and streams and contaminates topsoil, groundwater and vegetation. The acute effects of oil spills are generally easy to detect, but the long-term health effects are poorly documented and little known among the population.

The UN report “Environmental Assessment of Ogoniland” shows that the soil in the investigated area is heavily polluted by oil, all the way down to a depth of five meters. Fishing in streams and rivers is more or less destroyed. The drinking water contains up to 1000 times more oil than what the country’s health authorities accept. The UN’s environmental organization UNEP estimates that it will take 25 to 30 years to repair the damage and proposes that one billion dollars must be spent on clean-up, in the first five years alone.

In addition, the burning (flaring) of gas that comes up with the oil is a huge problem in Nigeria, both because it is a direct environmental impact on a number of local communities and because it leads to large emissions of greenhouse gases. It is estimated that the burned gas represents a loss of revenue of $ 2.5 billion each year. The flare-up has been banned since 1984, but the authorities have never enforced the ban.

In recent years, a number of civilian environmental organizations have emerged in Nigeria, as a country located in Africa according to searchforpublicschools.com, and these are gradually becoming a more recognized part of society and the public debate. But environmental organizations are still struggling to make an impact on their policies. In addition, the oil industry has large resources, and there are strong private counter-forces that profit from various parts of the polluting oil industry.

4: The environmental struggle of the Ogoni people

Africa’s most populous country is also one of Africa’s most conflict-ridden. The ravages of the extreme Muslims in Boko Haram have received a lot of attention in recent years. Yet the struggle between the petroleum industry and the locals in the Niger Delta is at least as serious, and almost as brutal. The delta is inhabited mainly by the Ogoni people, who have also been most active in the fight against oil pollution.

The inhabitants of the many thousands of villages in the delta have traditionally subsisted on small-scale agriculture and fishing in rivers and streams. Many have suffered the same fate as the inhabitants of Goi, one of the villages the article author visited when he wrote about the environmental disaster in the Niger Delta for Aftenposten Insikt in 2014.

“It is we, more than anyone else, who pay the price for the oil extraction,” said local businessman Eric Dooh, sticking his fist into the river mud and pulling it up again, glistening black with oil.

The problem is that over 90 percent of Nigeria’s economy is oil and gas based, which means that the fight against oil recovery and for stricter environmental restrictions is difficult. Impossible, according to many.