Nessebar is located on the shores of the Black Sea in southeastern Bulgaria. Right next door to Nessebar is Sunny Beach, one of the most popular beach resorts in Bulgaria. Like its neighbors, Nessebar is not known for its beach, but rather for the milieu and cultural history of the old town.

The city is divided into two very different parts. In the new part of the city rises modern apartment buildings, hotels and shopping malls. In the old part of the city, cobbled streets meander in the middle of centuries-old buildings.

The most famous sights of Nessebar are the walls and churches of the old town, the archeological museum and the neighboring Sunny Beach with its long sandy beaches. 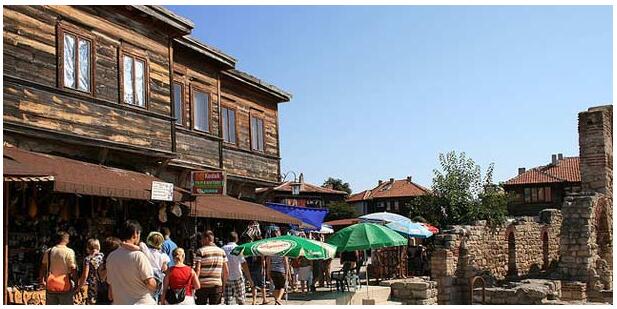 Nessebar is especially a summer holiday destination, but you can also enjoy the city atmosphere in winter. Summers in Bulgaria are sunny and warm. From May to August, average temperatures rise 20 degrees to the right. The warmest months are July and August, when average temperatures are well over 20 degrees.

In winter, the weather is cool and daytime temperatures drop by a few degrees. Especially at night it is cold, and then it may even be frosty.

Nessebar is a good destination especially for the cultural tourist. The Old Town is a UNESCO World Heritage Site, which was inscribed in 1983.

The old part of Nessebar is like a large open-air museum, where you can see different stages of history from Roman times to the 19th century. The old part of the city is especially known for its walls, Byzantine buildings and churches.

Although the place is especially popular with cultural tourists and tourists from other Bulgarian resorts for day trips, the city also has the opportunity to spend a beach holiday. Nessebar is bordered by a soft sandy beach and the town has many small coves favored by swimmers.

From Nessebar it is also easy to travel to the long beach of the neighboring destination, Sunny Beach. Sunny Beach is just a few kilometers away.

Nessebar is a fairly safe holiday destination. It is a good idea for tourists to exercise general caution and keep their eyes open, especially for pickpockets.

FLIGHTS, ACCOMMODATION AND MOVEMENT IN NESSEBAR

Flights and trips to Nessebar

The nearest airport to Nessebar is Burgas International Airport. Burgas is about 25 km away.

Although the Nessebar hotel selection is not comparable in size to the neighboring Sunny Beach, the traveler still has a choice. Tourists can stay in both a luxury chain hotel and a small inn.

Accommodation in Bulgaria is relatively affordable. You can get a hotel room for about 40-100 euros per night.

Getting around and taxis

In Bulgaria, public transport is affordable and the bus network in particular is comprehensive. From Nessebar you can get to Sunny Beach for about one euro and to Varna for five euros. There is also a boat taxi between Nessebar and Sunny Beach.

Getting around the city and surrounding areas with affordable taxis is convenient. You should bargain for taxi prices and agree on the price in advance.

The old part of Nessebar is located on a peninsula connected to the mainland only by a narrow route. The city has a history of almost a thousand years and almost all the layers of that history can be seen in the old town.

Old Nessebar is a small area but full of things to see. The museum city is known, for example, for its ancient Roman walls, medieval and Byzantine buildings, 18th-18th century houses and numerous churches.

The most famous sites in the Old Town are the Temple of Apollo, the Stara Mitropolia Basilica and the Church of St. John the Baptist.

Archaeological excavations in the old part of the city have given a lot of shelving to the Archaeological Museum. Excavations have found much artefacts from the time of ancient Messambria and medieval Nessebar.

Admission to the Archaeological Museum costs a couple of euros.

Just a couple of kilometers away is the popular tourist destination of Sunny Beach. Sunny Beach is known not only for its fine beach, but also for its lively nightlife in midsummer.

Sunny Beach is a strip of fine sand almost six kilometers long and up to a hundred meters wide, which is generally considered one of the finest beaches in Bulgaria. The beach deepens gently, so it is also suitable as a swimming destination for smaller children. Water sports such as snorkelling and diving can also be enjoyed on the beach.

THE BEST OF NESSEBAR 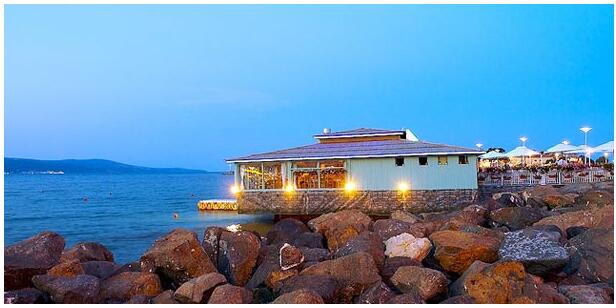 The best attractions in Nessebar