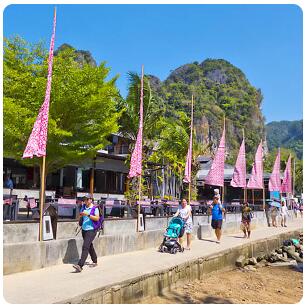 Krabi is not a center of nightlife, and for those who like to celebrate in Thailand, it is better to stay in the islands, Phuket’s Patong or elsewhere on its west coast or Pattaya. There are bars and other places in Krabi town where you can take something more concentrated from morning to night, but most of the drinking places are in Ao Nang. Noppharat Thara is not very good in its bars and is a quiet place where no bar girls can be seen. Railay is quite lively with its nightlife, but there are no huge parties there either and there are no bar girls or other side effects familiar from some of Thailand’s resorts. 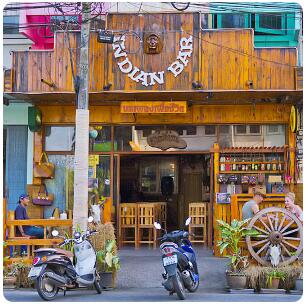 Beeris surprisingly good in Thailand, and if you want to save money, you might want to enjoy it in places where a 0.64 liter normal big bottle costs 80 baht. In some places it is a happy hour price, and in others it is a Normal price. In Krabi, however, in the city of Krabi and Railay, for example, finding a beer of 80 baht is difficult but not impossible. A small (0.32 liter) beer is not even considered by an economist, as it usually costs at least 50 baht but often 60 or more. Of the Thai beers, Chang and Leo are the most common today, but foreign beers are the most expensive. If you like to drink in the fine Western-style bars of the city of Krabi, beer costs more than usual, and also nightclubs.

In Thailand, a variety of drinks can be enjoyed at the bars, and cocktails are popular during happy hour and are available for many departures. Whiskey is popular in the country, but instead of foreign whiskeys you should take Hong Thong or Blend, as they are just as good as Scottish whiskeys and much cheaper. Wine is absolutely overpriced, and for its exact money, there is no wine in Thailand at all.

The city of Krabi 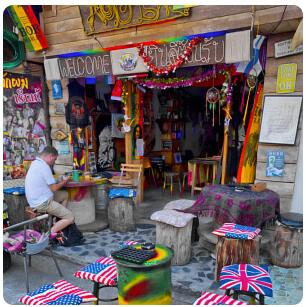 The city of Krabi is the most varied and in many ways the best place to switch to leisure, and you can leave there from the much more unclean Ao Nang for the evening, as the open platforms go until ten o’clock and a small group can get back cheaply by taxi.

There are the most bars on the promenade, the next parallel street with the most bars around the roundabout , and around the market hall. Table service is a practice everywhere, and in Thailand it is not customary to go get a beer from the bar counter yourself, but it is advisable to go to the counter or checkout at the end of the process.

Rantakatu is the most diverse and best street in Krabi town. It has bars along the long distance, and also on its cross street there are various bars near the corner, including the Indian Bar. The bars almost invariably have terraces, but some prefer to drink indoors. The hostels also have bars with a pool table and a good beer, and there are several on and around the seafront. Along the promenade, there is also a charming bookstore Pakarang, which is at the corner of Soi 10. There are various drinking places on both sides of the promenade on the promenade past this market hall, and as you go from Pakarang in the other direction you will come across interesting terraces where you can also eat. One good address for cheap beer lovers is Poo Dam with 80 baht beer and excellent fish dishes.

The street following the seafront ( Thana Phrusauthit ) starts at the corner of Soi 10, and right next to the corner is an attractive but expensive reggae bar. There are other places next to it, and in the courtyard behind it there is an evening market from Friday to Saturday from around 5.30 pm, which is worth visiting and around which there are many places to spend the evening. The best bars on the street are at the end of it, with a roundabout, and for example In Tantawanilla there is a great terrace.

Soi 10 (Thanon Sukhon) is a well-known and significant street, but there are quite a few good places to spend along it. There are a few restaurants with a terrace at the head of it, and they are open to families and accompaniment gangs. If you want to get into some kind of atmosphere along the street , the absolute place to have a drink is May & Mark next to the market hall , where there is a cheap beer, other good drinks and also food.

Elsewhere in the city, there are some bars, but they can be found in places where tourists revolve. Thais do not drink in bars because the prices of the drinks are astronomical in relation to their wages, and the Thais themselves occasionally forget their worries or take pleasure in drinking raw, colorless rice whiskey (Khao Lao), which is ridiculously priced and hard to mix with.

While Ao Nang is a somewhat dubious place in the evenings for families and those who love peace, it is still a dilute place compared to Patong or Pattaya. There are bars in the area called “ Ao Nang Center Point ”, sometimes also known as Central Point. It’s around the corner of the road to Krabi, and this night is really the only place around Ao Nang where you can sit in a noisy bar, see bar girls, play billiards and spend something completely different than a home evening. In other words, if you want to go and go in Ao Nang, you should measure the promenade and also walk along the road to Krabi.

One affordable place to have a restaurant is Bamboo, which is on the main road near the bend leading to Noppharat Thara. This stretch of street, located between the beaches of Ao Nang and Noppharat Thara, is good in every way and also has some good places to spend the night and harmless bars along it.

It is popular and advisable to spend time on the beach at sunset, and for this purpose, the very southern end of Ao Nang Beach is the best place. There are terraces where you can watch the sunset, and there, for example, Last Fisherman is a popular place that the terrace gives to the beach. It’s a popular place, so it’s worth going there well in advance of sunset.

Railay, which can only be reached by waterways, is a headland that is a completely paradisiacal and in many ways island-like holiday destination. It is mainly a quiet beach holiday and hobby place with a lot of families and rock climbers on holiday. However, there are a lot of young people throughout the season, and there are quite a number of different bars and other places to party. They can be found, for example, on the beach promenade. between the floating pier and Railay Highlands.

There are bars and parties on the beaches , especially during the full moon, and the eastern Railay, where the floating pier is located and where ships arrive from the city of Krabi, is a relaxed place to play guitar and listen to classic reggae and other songs.

A similar mood is on the secluded Hat Ton Sai beach to the west , which has several reggae bars and, for example, Last Bar, a multi-storey, outgoing place to spend the evening. The bars are a little away from the beach, inland , and the same goes for other beaches in western Railay, such as Railay West Beach. The west side of Railay, where ships from Ao Nang and Noppharat Thara come, is the promised terrain for beach parties with terraces. However, there is more going bartender inland, not on the beaches, as hotels are on the beaches and no noise is carried from the hinterland to them.