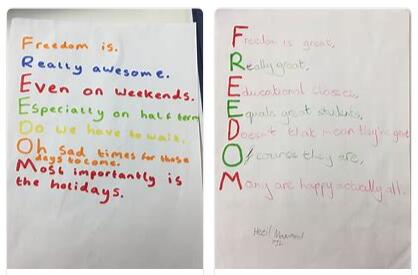 His doctrine of the state, v. a. from popular sovereignty as opposed to T. Hobbes, became the classic basis of English democracy and, through Voltaire and Montesquieu, gained influence on European state theories (including the American Declaration of Independence). – Deism played an important role in the English Enlightenment. It was developed by a. through Herbert Lord of Cherbury (* 1583, † 1648) with his theory of a natural religion, which can be seen through reason and is adequately identified by the consensus gentium (Consensus), and a criticism of the Christian theology based on revelation, further by Charles Blount (* 1654, † 1693), J. Toland, M. Tindal, A. Collins and Bolingbroke; also received from A. Shaftesbury. Against deism, inter alia. J. Butler, R. Bentley and Samuel Clarke (* 1675, † 1729). – G. Berkeley deepened his criticism of rationalism and radicalized J. Locke’s sensualist approach by using the formula “esse est percipi” (Latin for “being is to be perceived”) to identify “being” and perception. D. Hume, an outstanding exponent of psychological epistemology, followed J. Locke and G. Berkeley to further develop the empirical position in the direction of critical positivism. Regarding the causal principle, which F. Bacon, J. Locke, G. Berkeley and T. Hobbes did not question, D. Hume points out that the observation of a chronological succession of empirical facts (“post hoc”) does not justify equating with a logically necessary connection between cause and effect (“propter hoc”) and the connection of cause and effect with it just an “opinion” from through Habit established experiences. – The so-called »moral philosophers« dealt primarily with ethical issues, among others. A. Shaftesbury, F. Hutcheson, B. Mandeville and A. Smith, who was best known for his economic theory. Abraham Tucker (* 1705, † 1774) represented a utilitarianism, W. Godwin an anarchism. – In the 18th and 19th centuries, the Scottish school – the older with its main representatives T. Reid and D. Stewart, the younger with W. Hamilton in its later phase also tied to Kant – against G. Berkeley, D. Hume, but also against J. Locke the “realistic”, common sense philosophy.

In the philosophy of the 19th century the currents of empiricism and idealism were dominant. In ethics, empiricism encompassed the utilitarianism developed outside of teaching, founded by J. Bentham and represented by J. Mill, J. S. Mill and A. Bain, who – with the exception of J. S. Mills, who resorted to F. Bacon’s inductive method – epistemologically supporters of association psychology. A deductive logic, however, was proposed by Richard Whateley (* 1787, † 1863), but especially by G. Boole in his trend-setting theory of the algebra of logic and represented by A. De Morgan. In the further course of the 19th century, English philosophy was shaped by the idea of ​​evolution, brought about by C. Darwin’s theory of evolution. This v. a. by H. Spencer, who based a comprehensive philosophical system on the law of evolution in the sense of a law of progress; by T. H. Huxley, J. Tyndall, and L. Stephen. The dominant opponent of the naturalistic trends of the time was the Catholic thinker J. H. Newman. W. K. Clifford developed one of the phenomenalism of E. Mach related epistemological position. – Idealism was prepared with the reception of German idealism v. a. I. Kants and G. W. F. Hegels through the writers S. T. Coleridge and T. Carlyle and the philosophers W. Hamilton , JH Stirling and Edward Caird (* 1835, † 1908). It reached its full development with T. H. Green, but especially with F. H. Bradley and B. Bosanquet, for whose philosophy, following on from Hegel, the idea of ​​an all-encompassing Absolute was decisive, as well as with John McTaggart (* 1866, † 1925).

According to barblejewelry.com, the idealism, which clearly dominated at the end of the 19th century, was replaced at the beginning of the 20th century by the (new) realism, which was directed against neo-Hegelianism, with its orientation towards the methods and findings of mathematics and the natural sciences as well as (at GE Moore) the common sense. He was v. a. Represented by GE Moore and B. Russell, who replaced Kant’s critique of reason with a critique of language in the analytical philosophy.

The influence of the Viennese L. Wittgenstein, who had taught in Cambridge since 1939, was fundamental; Reception, presentation and continuation of his philosophy of language continue to the present day (among others by GEM Anscombe , Arthur John Terence Wisdom [* 1904, † 1993], F. Waismann). The analytical philosophy went through three stages: a first with the development of a scientific language as a formal language (so by B. Russell and A. N. Whitehead), a second with the development of a logical empiricism (neopositivism) – also represented by A. J. Ayer, in a certain sense too by K. R. Popper, and a third phase (1945–60), in which logical empiricism finally became the Oxford Philosophy by G. Ryle, the founder of the speech act theory J. L. Austin (“How to do things with words”, published 1962; German “Zur Theorie der Sprachakte «), Further developed into a linguistic phenomenalism by P. F. Strawson and Stuart N. Hampshire (* 1914, † 2004).

Critically against linguistic naturalism, inter alia. Henry Habberley Price (* 1899, † 1984), Ernest Gellner (* 1925, † 1995) and Laurence Jonathan Cohen (* 1923, † 2006). In the 1960s and 1970s, logical-systematic and epistemological questions became more important at Oxford (including R. M. Hare, Critique of the Positivist Philosophy of Science). Another characteristic of the development of English philosophy during this period is the preoccupation with questions of Marxism and formal logic (J. Łukasiewicz; William and Martha Kneale with a groundbreaking history of logic: “The development of logic”, 1964), the philosophy of mathematics and natural sciences, and ethics. One of the most important 20th century thinkers in theoretical philosophy is M. A. E. Dummett. For him, the systematic philosophy of language and logic form the basis of all philosophy. Following G. Frege, L. Wittgenstein ‘s late philosophy and mathematical intuitionism, Dummett developed an anti-realistic theory of meaning in which meaning is reduced to the condition of verifiability. In contrast, many of the younger writers take a priority of thought and intentionality. Therefore they put the philosophy of mind above the philosophy of language or at least emphasize that both disciplines are dependent on each other. Bernard Williams (* 1929, † 2003) is influential in practical philosophy. The preoccupation with applied ethics has also increased significantly. Due to the emigration of British philosophers v. a. in the USA and the convergence tendencies within international philosophical research, one can speak of an English-speaking philosophy rather than an English philosophy of its own.