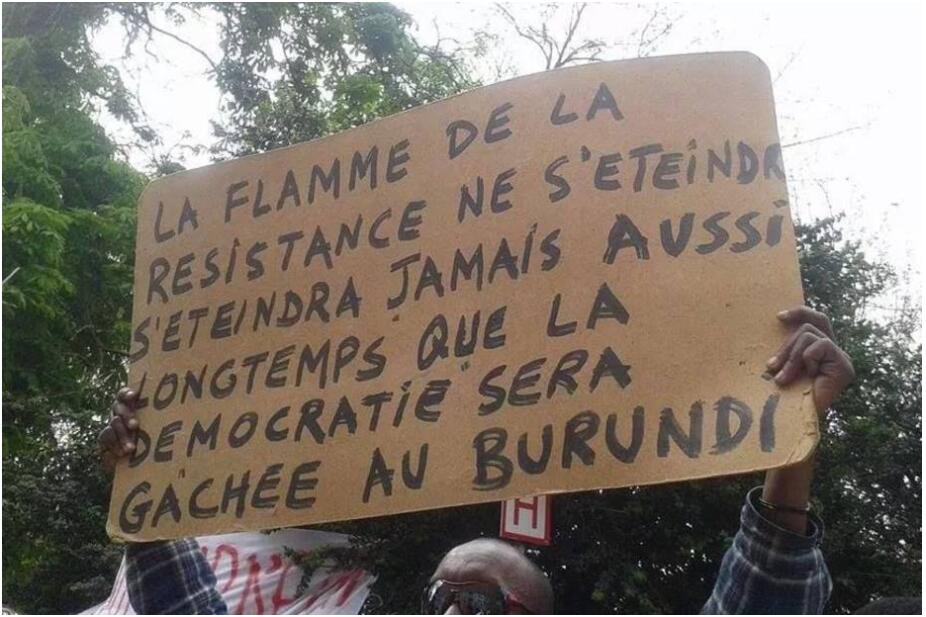 The human rights situation had also been criticized regionally in the past, and criticism has intensified since the 2010 elections. Therefore, the demand for the observance of human rights is also made internationally as a basis for economic cooperation and development cooperation. The human rights situation is classified to this day as tense to worrying. Serious human rights violations by security forces (arbitrary arrests, attacks, torture, rape, etc.) seem to have been the order of the day since 2015 and remain without consequences. Freedom of expression, association and assembly of NGOs and human rights organizations are often violated. Since 2013, repression by the government, the security forces and the Imbonerakure against the opposition and against human rights activists has increased sharply. Worryingly, as of October 2016, five human rights organizations were banned. In addition to the Forum pour le renforcement de la société civile (FORSC), the Forum pour la conscience et le développement (FOCODE), the Action chrétienne pour l’abolition de la torture (ACAT), the Association burundaise pour la protection des droits humains et des personnes détenues (APRODH) and the Réseau des citoyens probes (RCP).

The political crisis surrounding Pierre Nkurunziza’s presidency after 2015 has been denounced by all Burundian human rights organizations since the unrest. Pierre Clavier Mbonimpa, the best-known human rights activist in Burundi and founder of the human rights organization APRODH, and his family are particularly active and at the same time at risk because they speak openly about Burundi and the risk of sliding into an ongoing conflict. Most recently, Mbonimpa attacked the president sharply in his 2017 report on the human rights situation. The FIDH (Féderation Internationale des droits de l’homme) repeatedly reports on the alarming conditions of human rights violations in Burundi, e.g. in July 2017. At the beginning of 2018, FIDH and ITEKA expressed concern about the violence in connection with the announced referendum on the upcoming presidential elections. The ASF (Avocats sans Frontières = lawyers without borders) closed its office in Bujumbura in December 2018. Even Handicap International concluded after the authorities had demanded in January 2019 the office to deal with the staff strictly on a quota basis. This implied that people would have to be asked about their ethnicities, which most ONGs reject ethically and morally.

According to ehealthfacts, the Corruption Index (CPI) for Burundi remains high and has deteriorated significantly compared to 2015. In 2018, it ranked 170 out of 180 countries. Regionally in East Africa, Burundi is considered to be the most corrupt country. In addition to human rights, the fight against corruption is one of the most urgent tasks of the Burundian government, although its role in the corruption confusion often does not seem to be clear. Therefore, the stated aims of the government to reduce corruption and discussions about transparency of government work and actions to the population to prevent corruption are called, not very credible. Problems are the lack of a clear political agenda, the hesitant intervention of civil society, an intimidated press and a lack of reform in resource management. Organizations such as Human Rights Watch, Freedom House, OLUCOME, OAG or FORSC, which address sensitive issues such as corruption and human rights, are repeatedly exposed to threats and legal proceedings. In 2010, Human Rights Watch employees were expelled. 2011 and 2012 were apparently political attacks that weakened the opposition and intimidated opponents of the government. But there has been no major change in the existing situation so far.

A highly sensitive issue in Burundi is the persecution of albinos from a human rights perspective. They are seen as useless, persecuted, marginalized and often even murdered. The extremities are considered lucky charms, a brutal superstition. The Burundian government is not taking enough measures to curb this practice. 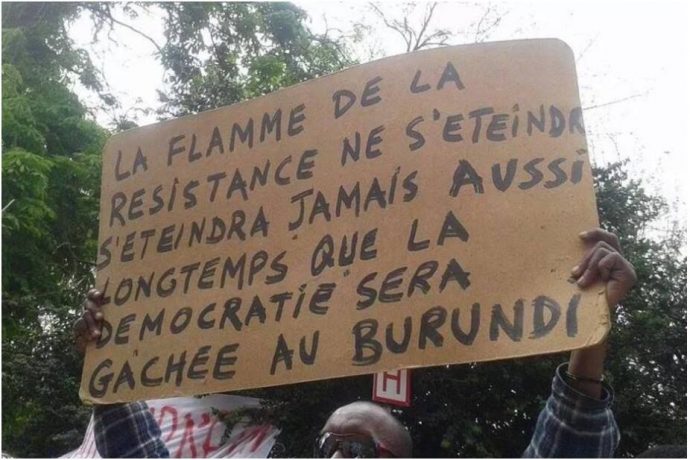 In Burundi, the legal basis for civil society activities was actually only created in 2005 with the introduction of a democratic constitution. Among other things, it expressly guarantees freedom of association and freedom of expression. However, the problem from the beginning until today was that the civil society actors were insufficient to be involved in political processes. There is a lack of a financial basis, vocational training and basic skills such as negotiation or dialogue methods. The importance and activity of civil society is closely linked to the democratization process. Citizens’ participation in decision-making processes in state institutions has therefore only been very rudimentary. Against the background of the history of Burundi, the civil war years and the authoritarian society, one cannot speak of a real participation of civil groups in socio-political decisions. Since the 2010 elections, the government’s repressive actions not only against opposition members but also against civil society and international organizations have increased,Disabilities, intimidation or imprisonment of sociopolitical actors and journalists reported. The Human Rights Watch 2018 report does not see any significant improvements in the overall situation with regard to democracy and freedom of the press; the opposite is the case.

In Bujumbura, however, despite increasing state restrictions, there are some strong civil society actors such as the APDH (= Association pour les droits de l’homme) or the OSCAR(= Organization de la Société Civile Appuyées et Renforcées), who pursue their goals clearly and with commitment. You are committed to good governance, the protection of human rights, the advancement of women and young people and the handling of land conflicts by promoting reconciliation initiatives and trauma work. Civil society is important for Burundi in order to build democratic structures, especially because of the recent strong autocratic tendencies in the government. Various unions, including the COSYBU (Confédération des syndicats du Burundi) have recently organized strikes against politics, the current sharp rise in food prices and inflation, as well as in the field of education and energy issues. Although these are carried out with commitment, the effectiveness of the NGOs in Bujumbura, despite their courageous work, is limited due to the financial dependence on external donors and the increased intimidation by the government.