In general, the constitution provides for elections every 5 years. The local elections in May 2010 were overshadowed by the opposition’s allegations that the government had massively falsified the election results. In June 2010 the presidential elections took place in Burundi. As the opposition had previously been massively intimidated, they boycotted these elections so that the incumbent president was the only candidate. In July 2010 a new parliament was elected. Overall, the degree of democracy in the elections was seen as an indication of the improvement or deterioration in Burundi’s development. As early as 2014 – one year before the 2015 elections – the political climate was tense and the upcoming elections were criticized. President Nkurunziza announced that he wanted to run again, which was controversial as the President can only be re-elected once according to the constitution. It was already foreseeable at this point that the president would change the constitution in order to continue to govern and not to lose his position of power.

Burundi before the 2015 elections

According to computerannals, the 2015 elections were viewed with concern and nervousness from the international side, as political tensions in Burundi intensified and the actors of the political class, civil society and various militia groups were engaged in a discourse that did not lead to successful negotiations at the end of 2014. Genocide was not expected to occur, as in Rwanda in 1994, but the situation was worrying nonetheless.

In a climate of largely impunity, the judiciary was increasingly influenced by the executive branch. UPRONA, which was involved in government, was weakened. She was in a conflict with the incumbent ruling party CNDD-FDD, which was based, among other things, on disagreements over the refugee issue in Burundi. Extra-parliamentary opposition parties such as the MSD or the FNL had problems with their internal organization. The MSD was in 2014 by the government after demonstrations for 4 months locked or suspended, which in turn sparked violent protests. The FNL insisted on running in the elections, although both the MSD and the FNL party activities in the country have been prohibited by the government to date. The opposition parties like the FNL had supporters in Bujumbura, but the ruling party was more popular because of election promises in the countryside. The timid Burundian democracy, which was characterized by free and fair elections and freedom of the press, was increasingly in danger.

The BNUB (Bureau des Nations Unies au Burundi), which was active in the country until the end of 2014, expressed concern about the increasing political tensions in Burundi. The intimidation of the press, the arrest of human rights activists such as Pierre Claver Mbonimpa (head of the human rights organization APRODH) and, above all, the arming of the CNDD-FDD’s youth organization, Imbonerakure, created an overall climate of concern about the further development of Burundi towards a lasting peace. The Imbonerakure have been suspected by their atrocities to want to create a climate of hatred, violence and riot among the population in order to intimidate the opposition, the press, civil society and human rights organizations. The CNDD-FDD, for its part, was accused of having contacts with the FDLR in Rwanda, among which were the Interahamwe, the former masterminds of the genocide in Rwanda.

The re-election of Nkurunzizas as president – explicitly declared inadmissible in the Arusha Treaty – became more and more likely. Supporters of Nkurunzizas emphasized that his election win in 2005 through direct elections did not constitute a mandate, opponents opposed the fact that he was sworn in as president in 2005 – regardless of which election process. By re-election, Nkurunziza could – as feared by the opposition and civil society – also overturn the ethnic-social achievements in political organization (power sharing). The FNL, most of the UPRONA and FRODEBU which joined in January 2015 of a new opposition under the name RNC (Rassemblement National pour le Changement) together.

Human rights organizations like FOCODE (Forum pour la Conscience et le Développpement) and their chairmen have come under increasing pressure. In January 2015, the head of the radio station RPA (Radio Publique Africaine), Bob Rugurika, was arrested. The arrest was seen as a further blow to the freedom of the press, human rights activists were alarmed, and the action also met with international criticism. The Burundian Journalists’ Association demanded the quick release of their boss. The Burundian government gave in: Rugurika was born on February 19, 2015 from prison dismiss.

But politically motivated violence meanwhile increased in all parts of the country. The background to this was often unclear: the government spoke of rebel activities aimed at obstructing the elections and accused the opposition of wanting to weaken the government. In the Democratic Republic of the Congo (DRC), the Burundian government suspected rebel activities by the opposition. In return, the opposition accused the presidential party CNDD-FDD of running training camps for their youth arm, the Imbonerakure, in the border area.

The closer the elections got, the greater the tension in the country, including among the population. The neighboring state of Rwanda fearing riots in Burundi by the tense situation, even as more and more Burundians to Rwanda fled. Violent clashes increased during demonstrations against Nkurunziza’s third presidency. On April 25, the CNDD-FDD announced that Pierre Nkurunziza would run for president for a third time. There were also fatalities during the protests. Internet services were blocked, universities and radio stations were closed. Many people in Bujumbura barricaded themselves in their homes. As in 2010, the opposition threatened to boycott the election. 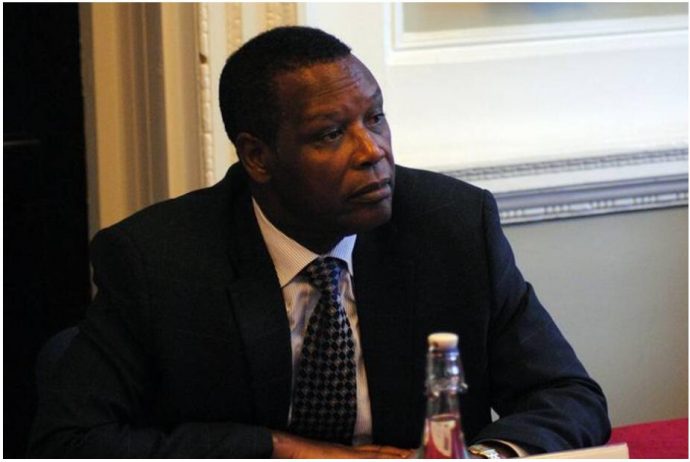