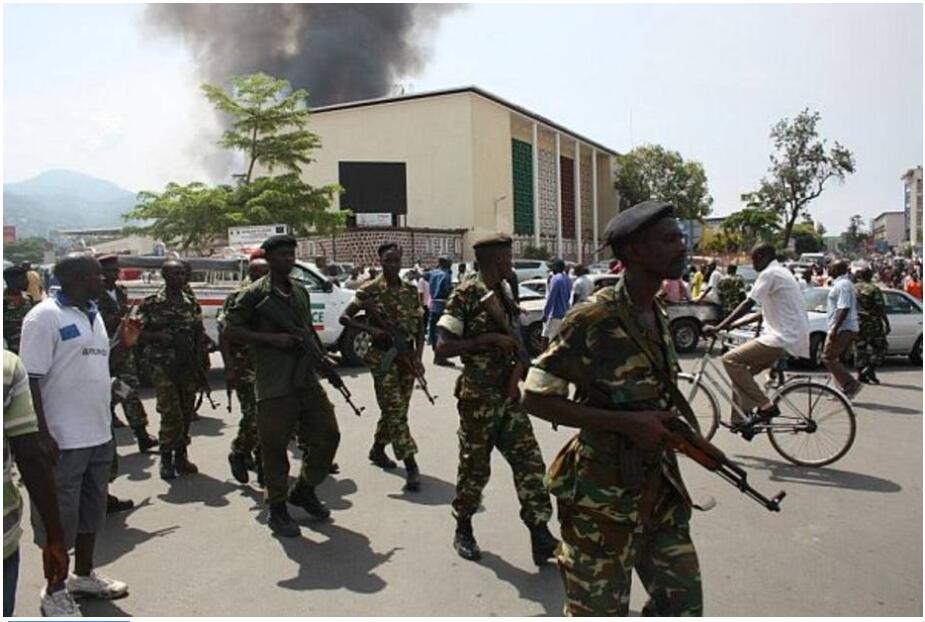 Burundi has long been the scene of bloody conflicts, genocides and civil wars, which are mainly based on ethnic-social differences and land disputes. In contrast to neighboring Rwanda, the various presidents in Burundi created predominantly Tutsi-dominated governments after independence in 1962, which suppressed Hutu uprisings or prevented revenge campaigns by Hutu rebels. Constantly flaring up conflicts between the majority of the Hutu and the minority of the Tutsi in the country accompanied the young nation and led in 1993 to a civil war that did not result in a brief but devastating genocide against the Tutsi as in Rwanda, but which nonetheless demanded terrible atrocities against both Hutu and Tutsi.

Several waves of refugees recognized the country as the largest refugee flows migration of thousands of Hutu Burundians are calling to Tanzania in 1972 and the migration of thousands of Tutsi Burundians 1993/1994 to Zaire, now the Democratic Republic of Congo. Some refugees feel like Burundians despite staying abroad for years and are pushing to return home, while others are only forced to go back and see themselves as eternal refugees. The repatriation of refugees poses problems for Burundi itself, but also for neighboring countries. There is always violence and conflict. Rebel groups, most of which formed abroad, sometimes try to destabilize the respective governments or to boycott political decisions. These included the PALIPETHUTU (founded in Tanzania in 1980 – with its military wing, the FNL) and the CNDD-FDD, which has been President Pierre Nkurunziza since 2005. The coming to terms with the genocide in Burundi and the memory of the numerous dead takes place very little in Burundi – at least in the official context. Much less from the international public seen in the focus of world events as the genocide in Rwanda, the conflicts are indeed perceived in the current political environment, but the past and the effects of the conflicts on the people themselves are hardly dealt with in public. There are few documents that address the atrocities equally on both ethnic sides. Some journalists remember 1972, others more to 1993. Since 2015, by the government of the genocide of 1972 more and more to exploited to stir up negative feelings about the Tutsis of Burundi.

According to ehistorylib, the Great Lakes conflict also includes Burundi, even if the country is not directly involved in the same way as Rwanda, for example. In the hardly controllable South Kivu region of the DR Congo, however, other, smaller rebel movements are suspected in addition to the FNL or the MSD, which are supposed to be directly connected to government conflicts and attacks in Burundi.

The peace-building is seen as a prerequisite of democratic and economic development. Various peace organizations are active in Burundi, e.g. the APD (Action for Peace and Development), the APRODH (Association Burundaise pour la Protection des Droits Humains et des personnes détenues), the AMEPCI (Association pour la Mémoire et Protection de l’Humanité contre les Crimes Internationaux) or the COPA (Coalition for Peace in Burundi) with more or less activity and success in the peace sector. Intra-ethnic understanding and reconciliation play the most important role in the Burundi peace process. Since the ethnic problem can also be officially addressed and discussed, it is mainly young people on the right path to a peaceful future without the trauma of civil war and violence. The involvement of traditional village judges, the Bashingantahe, in the peace process is also important for increasing the local population’s sensitivity to conflict. The return to traditional local and small-scale conflict avoidance strategies and mechanisms for pacifying hostile groups can be assessed as extremely positive in rural Burundi.

The conflict, which has been going on for several years, calls into question the peace efforts that have already been made. Ethnic differentiation as a conflict-inducing factor is feared again. More recent riots between Hutu and Tutsi are sparked off by conflicts of resources: it is about land disputes caused by returning refugees or access to water and education. The International Conference of the Great Lakes Region (ICRGL) is hoping for an understanding of the East African conflict states – including Burundi. Membership in the EAC and the associated regional integration of the country are hopeful approaches, but in the last two conflict-ridden years there have been more tensions than positive developments. In contrast to the CSCE, there is a multitude of conflicts in the region and the initiative of the conference does not come from the states concerned but from the UN. On the Conflict Studies and the relationships of conflict, violence and political stability much emphasis lately. Strengthening the judicial system and civil society continue to be central state tasks in Burundi.

The refugee problem poses major peacebuilding challenges for the country: between 2002 and 2009, according to UNHCR estimates, 500,000 refugees returned to the country, and between 2013 and 2015 at least 200,000 Burunders fled to neighboring countries such as Rwanda and the Congo due to the conflicting political situation in Burundi (DRC). The problematic situation that has persisted since 2015, not only political (criticized government), but also social (refugee problems, violence, torture, restricted freedom of the press, arbitrary police violence, etc.), economic (increased prices for food and gasoline) and social (deterioration in the food situation) Has consequences seems too complex for regional mediators to be resolved quickly. The conflict in Burundi continues to smolder – until today. And thus threatens to be forgotten. In 2019, Burundian refugee camps in Tanzania were disbanded. The return does not seem to have been really voluntary. The refugees continue to receive support from the UNHCR. Rwanda is burdened more and more by the situation and tries to find solutions. 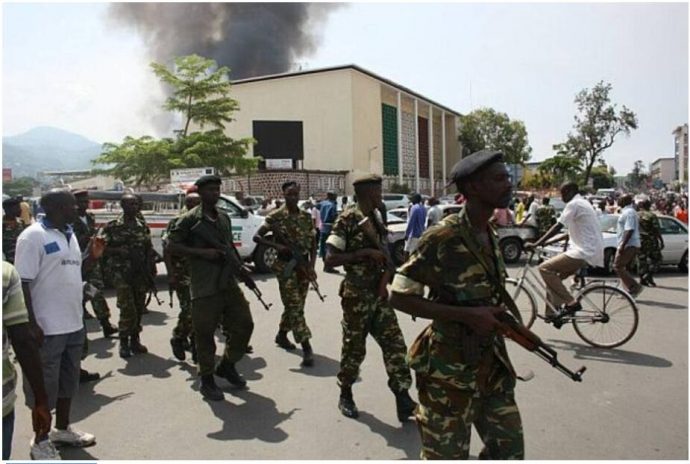